I haven’t had an opportunity to post about anything related to increasing retail selling or spa training or therapists in the past two weeks because there’s been a lot going on. First we had to go to Laos to take care of our visa renewals. We left Bangkok at 7:30 p.m. on a shuttle and arrived at the border at 6 a.m. the next morning. Norm sat next to a very cool Irishman who had lived in Australia for a while so his accent was different to say the least. They talked until 2 a.m.!! We then had to go through a  process to leave Thailand and allow us in the country (Laos) to have our visas reissued at the Thai embassy. Everything went very smoothly thanks to Thai Visa Service.

It was an interesting trip and we met a lot of great people especially musicians.  I guess creative types gravitate to each other. We ate, enjoyed and brought back a lot of crusty french bread. Laos is a French colony and their bread is the best I’ve had since leaving Philly.  We had a Laos sandwich that was interesting.  It was layered with a chicken pate’, cucumbers, chopped herbs, hot pepper spread, and finely sliced chicken. Very pungent but good. 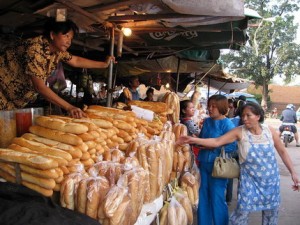 The following week Norm and I attended  the World Spa And Well Being Convention. It was held at the Impact Center in Bangkok, a huge futuristic structure of glass and steel located on the outskirt of the city.  The conference hosted 150 Thai companies and 50 international companies from Asia and beyond.  I was on a mission to meet companies representing Bali and I ended up meeting Rita, a representative from the internationally renown Martha Tilaar Spa and School and also a rep from the Bali government.

Right now Thailand is number one in the spa arena but Indonesia is right on their heels. The country is very aggressive about programs to improve their therapists performance and raising their visibility in the eyes of potential tourists. If Bali called me over to do some training, it would be tough but I’d do it. After all, somebody has to. 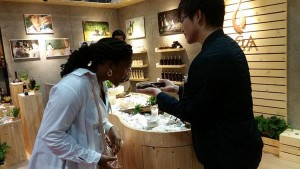 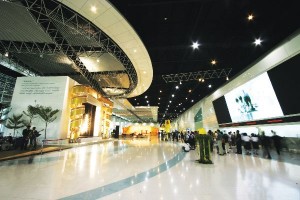 President at Moontide Consulting
Linda Harding-Bond is shifting the paradigm on spa retail training. Her Express Online Retail Training Course is exactly what's needed for post-COVID-19 spa re-openings. Designed to bring your therapists' retail skills up to speed, it will quickly position retail as a robust alternate revenue stream. Linda has provided training for many world-class organizations including The Oberoi Group, St. Regis Hotel, Anantara Hotels & Resorts, Shangri-La Hotels, The Resort at Pedregal, GoldenEye Resort and Spa and Six Senses Resorts. She is author of "Listen, Engage, Sell!: The Foolproof Method for Increasing Spa Sales in 7 Days or Less" and "The New Esthy Handbook: an Essential Guide for Novice or Nervous Estheticians". Connect with her at Linda@Moontideconsulting.com .

The Quiet Presenter: Get It Now On Amazon