Is the Beauty Industry Telling BLM Advocates “Sorry Not Sorry”?

These past two months have been interesting, to say the least. I’ve watched a variety of beauty brands meet with varying success in their efforts to profess sympathy with Black Lives Matter (BLM) issues.

Some companies, like GlyMed Plus which has actively marketed to people of color (POC) for 20 years recently found themselves in mea culpea mode. Anti-Black Lives Matter and racist tropes displayed across the social media sites of owner/CEO Christine Heathman revealed a severe misalignment of the corporate values she espoused. 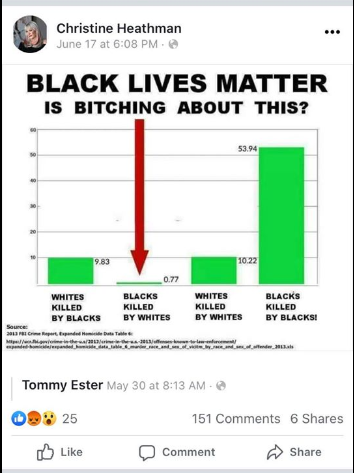 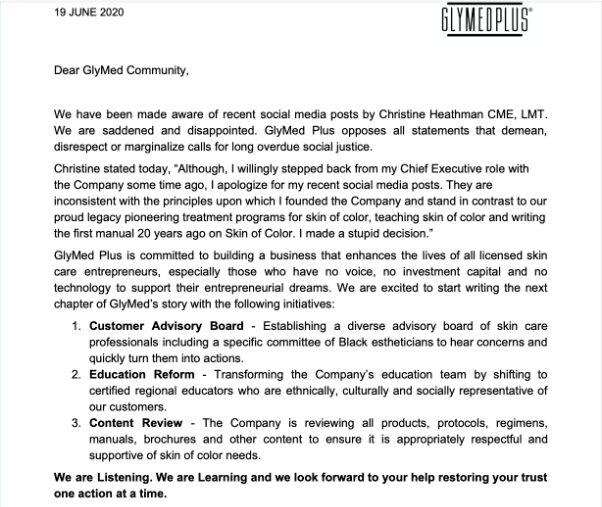 Other companies like L’Oreal Paris are now embracing BLM but previously came under severe criticism for their tone-deaf posture.  In 2017 they hired transgender influencer Monroe Bergdorf as the face of their new diversity initiative. But when Bergdorf called out systemic racism in the wake of the Charlottesville protests on her Facebook account, L’Oreal fired her stating that her comments were at odds with their values. 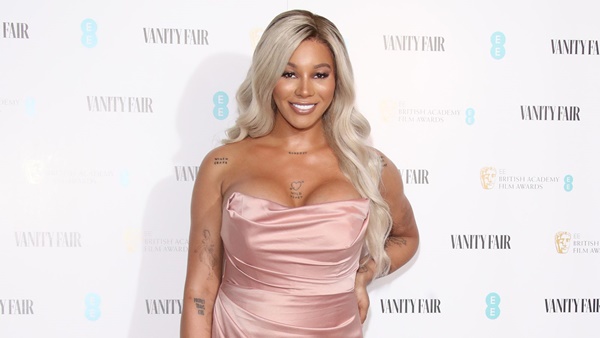 Just this month in a moment when massive protests against police brutality and racism are happening around the world, it seems that Bergdorf has found closure with L’Oreal. Global brand president Delphine Viguier recently issued an apology. Along with pledging donations to social awareness groups, L’Oréal Group is creating a U.K. diversity and inclusion advisory board that will include Bergdorf as one of its members.

Disparities and inequities within the beauty industry are nothing new. From 2011-2015, I wrote my blog Ethnic Skin Aficionado for Huffington Post.  It was created to educate spa decision-makers on the disparities of treatment for POC.

Sometimes it worked. My article  Spa-ing While Ethnic caught the eye of Lynne McNees, President of International Spa Association (ISPA). I was invited to attend their next conference which highlighted diversity. It created a pathway to building valuable industry relationships.

But based upon current statistics for Black people in decision-maker positions within the beauty industry, it’s apparent that much work still needs to be done. And until more diversity is demonstrated in areas like management, sales and training, companies should prepare to be approached by consumer groups demanding to know why they aren’t being represented.

For companies striving to do better and get ahead of the inevitable, here are my recommendations;

Have questions? Connect with me at Linda@Moontideconsulting.com

President at Moontide Consulting
Linda Harding-Bond is shifting the paradigm on spa retail training. Her Express Online Retail Training Course is exactly what's needed for post-COVID-19 spa re-openings. Designed to bring your therapists' retail skills up to speed, it will quickly position retail as a robust alternate revenue stream. Linda has provided training for many world-class organizations including The Oberoi Group, St. Regis Hotel, Anantara Hotels & Resorts, Shangri-La Hotels, The Resort at Pedregal, GoldenEye Resort and Spa and Six Senses Resorts. She is author of "Listen, Engage, Sell!: The Foolproof Method for Increasing Spa Sales in 7 Days or Less" and "The New Esthy Handbook: an Essential Guide for Novice or Nervous Estheticians". Connect with her at Linda@Moontideconsulting.com .

The Quiet Presenter: Get It Now On Amazon